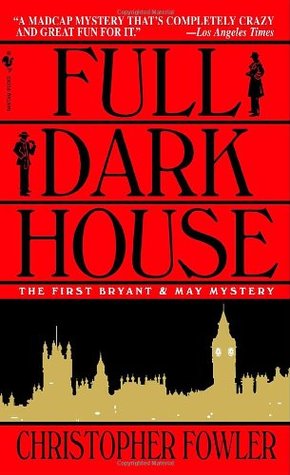 Christopher Fowler - Christopher Fowler is an English novelist living in London, his books contain elements of black comedy, anxiety and social satire. As well as novels, he writes short stories, scripts, press articles and reviews.He lives in King's Cross, on the Battlebridge Basin, and chooses London as the backdrop of many of his stories because any one of the events in its two thousand year history can provide inspirationIn 1998 he was the recipient of the BFS Best Short Story Of The Year, for 'Wageslaves'. Then, in 2004, 'The Water Room' was nominated for the CWA People's Choice Award, 'Full Dark House' won the BFS August Derleth Novel of The Year Award 2004 and 'American Waitress' won the BFS Best Short Story Of The Year 2004. The novella 'Breathe' won BFS Best Novella 2005culiarcrimesunit/